Okay, consider this scenario: You've been living in a house for 15 years. The tub is backed up. The garage utility sink is backed up.

This has happened before. One time, the backup was really bad, so you had a couple pipes replaced. The pipes under the house are an odd collection, with a couple of difficult joints which cause backups more frequently. You know where all the clean-outs are in the house.

Now, you call a plumber to snake the lines. He arrives two days later. You explain what is happening. He seems to understand, says he'll take 10 minutes, and begins to snake the plumbing from tub.

So, you walk into the bathroom, and offer, "Hey, so, the lines are kinda tricky in this house. The best clean-out is on the roof. Would you like to see where the other ones are?"

The plumber turns to you and responds, "Are you a plumber?"

He asks, "Have you ever been a plumber?"

He responds in a condescending, asshole way, "I am, and I can do my job. I know where to clean out. I can do it from the tub."

You bite your tongue and leave, a simmering rage growing.

Of course, you realize later that the correct answer to the first question is, "Irrelevant, I've lived in this house for 15 years, and know its history. I also know how the pipes are configured in the house, and you don't. So, would you like help or not?"

Or maybe, "Yes, Plumbing Company? I'm calling about the plumber you sent over? He was rude and condescending to me when I offered help. I like your company, and would like to continue doing business with you, but not with this particular individual. When could you send over a different person, say, the one who was here two weeks ago?"

Regardless, the correct response was not to allow that growing rage from allowing someone you are paying to do work for you to talk to you in a condescending, asshole way.

But, here's the thing.

The guy was being an asshole because he was frustrated, he'd already showed up 30 minutes after the 2 hour window of arrival time had passed, the job that was supposed to be an easy clean-out wasn't actually cleaning out, and a woman (OH MY GOD A WOMAN MIGHT KNOW MORE THAN HE DOES) was offering help so she must have been thinking he was incompetent at his job (she wasn't, she just knew more about the situation than he did, and the "she" part is irrelevant, TBH).

Who knows what else was going on?

Maybe he wanted to be home already to hang out with his kid, and he knew he had another job to do after this one, since it was already 4:50pm and he was supposed to be done between 2 and 4pm? Maybe he had already been written up for being an ass, and was frustrated because he is an ass? Maybe this was his first time out by himself, and he was just caught in a situation where, hey, he wasn't doing well? Maybe his rent was jacked up $500 this month and he was stressed about his finances? Maybe this woman reminded him of his mother who never gave him the approval he so desperately craved? Maybe his girlfriend dumped him?

Maybe lots of things completely and totally irrelevant to the situation were happening in this guy's life.

None of that excuses his asshole behaviour, sure, but it goes a long way to explaining it.

We carry a lot of baggage around with us. We react to things through the filter of our experiences. Only 10%* of our reactions are about the situation actually in front of us. 90%* of it is the baggage we carry around.

And we 90% react through the baggage that we carry around.

So, given this scenario next time, my plan is to smile, and remind the plumber that my profession is irrelevant, and ask again if he'd like help.

All while reminding myself that his reaction is not about me, it's about his baggage. 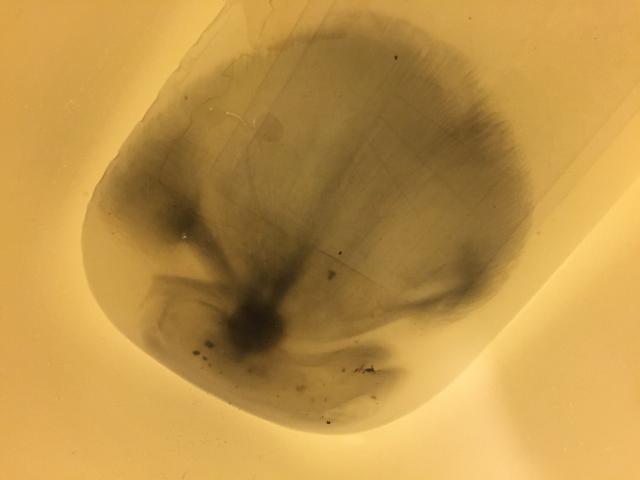 Of note, said plumber took two hours to "pop the pipes." Eventually, he called in another guy, who DID climb on the roof and clear the pipes from the roof clean-out.

* Numbers scientifically proven to be pulled out of someone's ass.