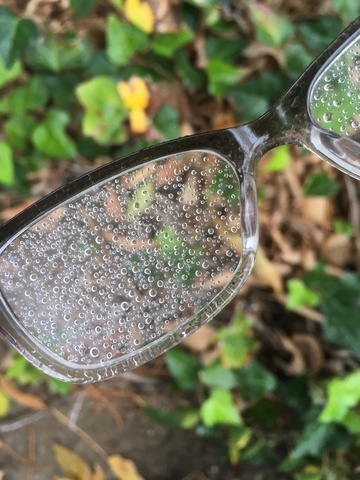 I'm at the confluence of two events in my history.

There are echoes of other moments, with these two standing out, these two being the first order variables that are dominating the signal.

Once, when running up the hill at the Stanford Dish with some Mischief people, Chris, Kris, Brynne, Shirley, someone else, and me, during a break, Brynne commented, "Do you ever have the pains in your ovaries? They just cramp when running, then go away after a bit?"

I went for a run today, a run that I expected to be an easy run, and it was for the most part. Bob said it was only spittling outside, not raining. As he was right, I went on this run. It was short, barely over a mile, enough time to loosen my legs and find my stride, not enough time to tire.

As I approached the Dillers' house on my return, though, I started feeling the cramps. I had experienced them yesterday, the intense ovarian cramping pain that overwhelmed all thought, that only nearly drawing blood in my hand, and the pain from that near draw, stopping the cramping pain long enough for me to be able to relax into the pain and encourage it to go away. Today felt like it would be the same, and it was.

A good ten minutes later, I could breathe again. I finally understood what Brynne was saying those 14 years ago.

I don't want to stop running.

Even more years ago, John Schmidt told me about a teammate on his high school cross country running team. Said teammate had the fantastic Pavlovian response to putting on his running shoes: he immediately needed to vacate his bowels. Shoes on, take a dump, go for a run.

After hearing about this response, I realized it could be a learned response, and trained myself the same.

Except that with the year of not running, I have lost that response.

Or, in my case, the confluence of Brynne and John in a moment, as I doubled over, breathing through these pains, willing them to go away.