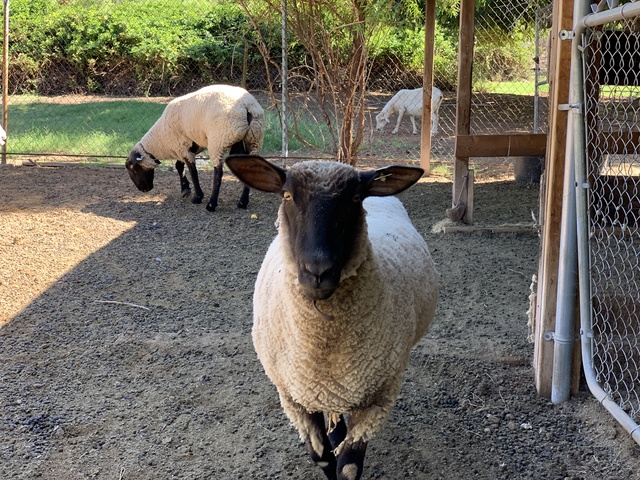 They know my voice now. I miss 19, who has been moved back to her home turf with her baby, Boop, but 16 does a good job of responding to me when I call. 19 didn't run away, even when I had sudden movements, but 16 and her partners, hooboy, they SCATTER when I move too quickly.

When Mom and I went for groceries, I picked up a bag of carrots to toss to the sheep. The trick when tossing them is to distract the ram with a small amount of food, and then shove a large amount of food at the rest of the sheep. This process is complicated by the addition of the second ram, though he might be a wether, I haven't looked (though, really, it would likely be obvious if I did look).

Found out I likely have a hive of carpenter bees in the Asian pear tree. 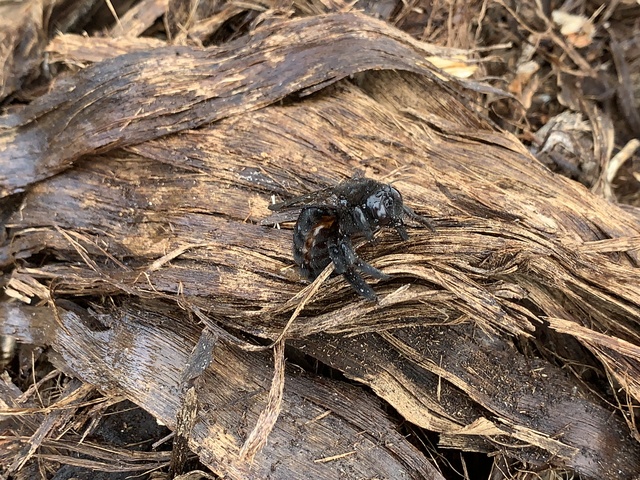 Irrigation is tonight. Given there hasn't been rain for the last two weeks, this irrigation should be much calmer than the last one.