Home » Blogs » kitt's blog
The Books are Talking« an older post
a newer one »My New Four* Questions
Blog kitt decided around 20:09 on 1 January 2020 to publish this: 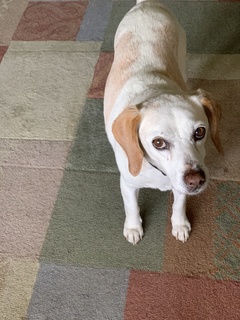 To my great surprise, I did stay up last night until after midnight. I know, I know! For someone who has been going to bed at 8pm, midnight is crazy late!.

The late night meant "sleeping in" until 8am, at which point Chase was pacing, and breathing heavily, not quite whining, but not quite not whining, and as comfortable as the bed was, Beagle called. The walk was a brisk morning walk, around the normal morning route, but Beagle was ALL FULL OF SNIFFIES! I would have guessed this was a new route with the cataloging he was doing for every delta.

We arrived back at the house with enough time for me to figure out with Cads where I was going to meet up with him. I grabbed a couple mandarin oranges (so good!), the rest of my cashews, and dashed out.

When I arrived at the hiking spot, I was so delighted. Not only did the trailhead have a parking lot, it also had a restroom (with a composting toilet) at the end. YAY! So, of course, I went to use it. As I was walking up to the small building, a small person, a boy of maybe three, declared, "I need to go potty." He was surprised when I responded, "I do, too." He whirled around to his dad, who was laughing a bit at both my response and his kid's reaction. It was adorable.

What was less adorable was the screaming that started 10 seconds after I left the restroom. The little boy was after me, and darted around me as I started talking with his dad after leaving the restroom. The door was heavy, and swung closed as the boy was reaching for it, slamming his fingers in the closed door. I had no idea what was happening, his mother explained after rushing over and understanding what was happening. I felt so bad.

Thankfully, Cads and family arrived a few minutes later, and I experienced instead much joy as I met Emma, Soren, and Morgan. I should say, FINALLY met Emma, having heard various good stories about her for two decades. Also, wonderful hugger. Morgan was terribly shy, and Soren was delightfully charming. Picket and Scout rounded out our hiking troupe, and off we went after another reminder to never miss an opportunity and a pit stop. With the delightful reminder, I was grinning wide. 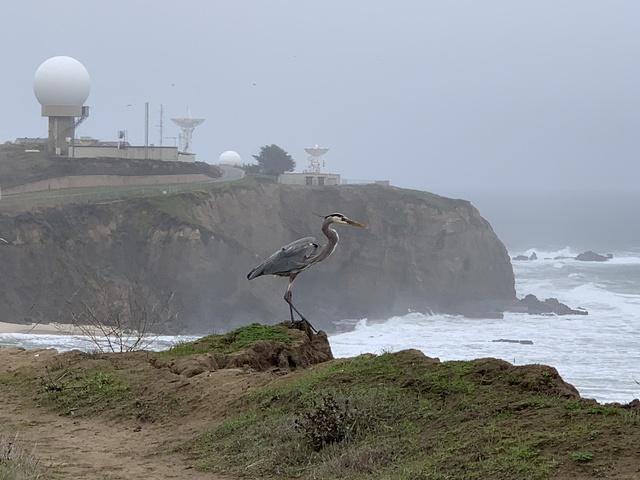 We had a wonderful time hiking up and around the bluffs. The hike itself wasn't hard, a few steep parts that slowed conversation, but most flat, making conversation easy. I heard about Cads' successful Ironman with a fantastic time, about some work adventures, and family fun. I heard about Emma's friends trying for 3 and having 4, both families gender balanced. I heard about Soren's designs, passion for normal cars and their designs, and his explorations in search of a passion project. I heard about Morgan's desire for the beach, and saw her fascination with the water. We all saw a heron, quite comfortable with people, standing on the edge of the bluff, cautious of but okay with people.

I love the idea of passion projects, not only for adults, but for everyone. Something you are interested in and work towards, something that sustains you, that you turn to in delight and need. Just love the idea. I've had many, but not necessarily so well named and defined.

I was a bit sad to leave the family mid-hike. We needed to adjust where we hiked, as the beach we were above didn't allow dogs (marine sanctuary), so the timing worked out well, and off I went to my next social delight of the day.

I arrived at Estelle and Amie's house and, as I approached the house, greeted Amie who was working in the garage, garage door open. I asked if I could take them out for lunch, to which Amie asked, "Does she know you're coming?" Happily, she did. They've been updating their house, so I was given a tour of the great changes they had made. Lots of it looked fantastic, and like a lot of effort.

When I asked, hey, where can I take you to lunch, Estelle hesitantly asked, "Is In-N-Out okay?" Oh, hell yes! Delightedly, Amie said yes when we asked, "I'm embracing surprise and uncertainty," and off we went down the hill. We arrived, ordered, and sat down. 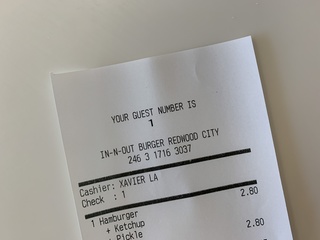 Shortly after sitting down, a guy wandered over to our table and hovered. Confused, I looked up at him to see what was up, and the guy was Adam Brown! OMG I jumped up and hugged him, then introduced him to Estelle and Amie, and he reminded me of his wife's name, Natasha, and asked if I'd like to meet his daughter. More SQUEEEEE with all the cute kids today. I was sad that I couldn't spend more time with Adam, catch up and all, so excused myself and asked if we could catch up in a month or two. Love the serendipity of the moment!

I asked Estelle and Amie about their recent adventures, and heard all about their trip to Asia. Oh, the stories they told, cracking me up. Those two are delightful story tellers. I suspect we could have stayed there all afternoon telling stories, but a large man sat on the seat behind Amie, causing her seat to rock every time he moved. The rocking, coupled with the large group of people who had arrived, making the restaurant loud, prompted us to leave.

After dropping them off at home, Estelle and I chatted a bit about her back yard, before I left to pick up my mail. To my delight, Andy was over, and even more socializing today.

If 2020 continues at this pace, this will be my best year ever. I had so many laughs and moments of joy today. I am grateful for the good people in my life.