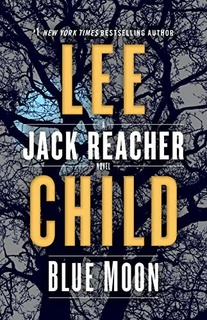 This is book 24 in the Jack Reacher series.

Except, the payoff doesn't exactly happen as expected. Reacher, with nothing particularly planned, stays to help the old guy and his wife (and, inadvertently, their stricken daughter). Along the way, Reacher returns to form. There's the girl (nearly always the girl he bops then leaves). There's the violence with many deaths. There's the repetition of some theme (several in this book, something about 10000 generations and another one I didn't note except when reading). There's the impossible situations that Reacher survives. And there's suspension of disbelief required to keep reading about non-trained individuals being able to handle situations that are difficult for even the most highly trained individuals. You know, Classic Reacher™.

I enjoyed the book. This one is non-stop action, with some strategy in the middle. Fun read. If you're a Reacher fan, read this one. If you're not, you'll miss much of the history and nuances of the story, possibly some of the humour by repetition, but will likely still enjoy the book if you enjoy absurd action novels.

“It’s something they teach you in the army. The only thing under your direct control is how hard you work. In other words, if you really, really buckle down today, and you get the intelligence, the planning, and the execution each a hundred percent exactly correct, then you are bound to prevail.”

“It’s the army. What they really mean is, if you fail today, it’s completely your own fault.”
Location: 4857