How to be an Antiracist« an older post
a newer one »Life Undercover
Book Notes Yeah, kitt finished writing this at 17:06 on 9 March 2020 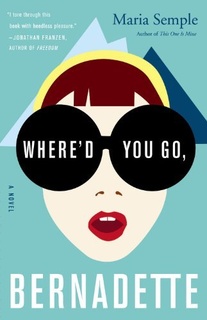 You know those annoying people who say, "The book is better!"? Yeah, I'm one of those. The book was better.

Where'd You Go, Bernadette? is the (fictional) tale of Bernadette, a reclusive Seattle mother who, through mishap, miscommunication, and misadventure, ends up traveling to Antarctica without her family. Bernadette's daughter is the one who wanted to go to Antarctica, and one can't blame her for that desire. Both parents are skeptical, but agree. Thus begins the miscommunication part of the story, as Bernadette tries to deal with her social anxieties, her husband misinterprets pretty much everything, the neighbor has to come to terms with her own family's issues.

The whole story is told through various documents, which is what makes the story delightful, and the movie okay. We read emails, transcripts, police reports, newspaper articles, and report cards. The tale is delightfully woven, a fun read.

A guy named the Tuba Man, a beloved institution who’d play his tuba at Mariners games, was brutally murdered by a street gang near the Gates Foundation. The response? Not to crack down on gangs or anything. That wouldn’t be compassionate. Instead, the people in the neighborhood redoubled their efforts to “get to the root of gang violence.” They arranged a “Race for the Root,” to raise money for this dunderheaded effort. Of course, the “Race for the Root” was a triathlon, because God forbid you should ask one of these athletic do-gooders to partake in only one sport per Sunday.
Location: 1,560

I can’t tell you the number of times I’ve been in the middle of a perfunctory conversation, and someone will say, “Tell us what you really think.” Or “Maybe you should switch to decaf.” I blame the proximity to Canada. Let’s leave it at that; otherwise I’ll get onto the subject of Canadians, and that’s something you seriously don’t have time for.
Location: 1,617

This cracked me up.

Pretty soon, I stopped thinking about home, and my friends, because when you’re on a boat in Antarctica and there’s no night, who are you? I guess what I’m saying is, I was a ghost on a ghost ship in a ghost land.
Location: 3,436

“Yes! And this is Nick, who’s studying the penguin colonies. He was telling me he always needs helpers to count penguin chicks.”
Location: 3,447

We were quiet for a while, and then I said, “I think my favorite part of Antarctica is just looking out.”

“You know why?” Dad asked. “When your eyes are softly focused on the horizon for sustained periods, your brain releases endorphins. It’s the same as a runner’s high. These days, we all spend our lives staring at screens twelve inches in front of us. It’s a nice change.”
Location: 3,591

Here’s what surprised me about penguins: their chests aren’t pure white but have patches of peach and green, which is partially digested krill and algae vomit, which splatters on them when they feed their chicks. Another thing is penguins stink! And they’re loud. They coo sometimes, which is very soothing, but mostly they screech. The penguins I watched spent most of their time waddling over and stealing rocks from one another, then having vicious fights where they’d peck each other until they bled.
Location: 3,614

I had to go. If for no other reason than to be able to put my hand on the South Pole marker and declare that the world literally revolved around me.
Location: 3,883

I was turned over to Mike, a former state senator from Boston who had wanted so badly to spend time in Antarctica that he had trained to become a diesel mechanic.
Location: 3,918