The Books are Talking

We are in Buenos Aires, far from my home.

I am alerted to a loud noise inside my house, thousands of miles away. I ask Mom and Eric to investigate, worried that I've just started the tense moments of a horror show.

Eric walks over to the bookcase I have recently moved into the living room - gym - office - dining room space. The bookcase holds a large number of hardback books, most of which I'm interested in reading, but have not read yet.

Eric looks at the books. He pauses at each section, possibly reading the titles of each. He lingers. I watch.

Or are they telling him I'm human?

And love to read.

The Kitt Scale of Book Ratings.

I think that Book Riot might be the death of me. I have to admit that "death by books" wouldn't necessarily be the worst way to go, though perhaps being pummeled to death by books might be. In this particular case, the article Five Female Characters Who Are Way More Awesome in Books started off with Katee Sackhoff as Victoria Moretti in Craig Johnson's Walt Longmire series. Katee Sackhoff. Starbuck. Sackhoff. In another tough-as-nails role? Yeah, sign me up.

And, holy moly, this book is fun. I came for the character and stayed for the wit. Johnson's writing style is as fun as Butcher's style in the Dresden series. Johnson also has the writing style of showing, not telling. I am a huge fan of this style, and consider it a sign of a better writer. The book is written in first person, and done well. We aren't privy to thoughts of the other characters, but are shown small details, sometimes in odd places, just as we all do in real life.

The book is set in Small Town, Wyoming. I haven't looked up the town or county to see if they actually exist. An unpleasant young-ish man is murdered. While the sheriff (who we follow in the first person) is solving his murder, one of the victim's fellow miscreants is also murdered. The sheriff is now taxed with protecting the victims' other fellow miscreants, while now solving two murders, which are linked. We learn of the sheriff's history in this book, the first of a currently-11 book series, which isn't unusual for a first book.

So, the back cover of John Scalzi's book, The God Engines, reads:

"If J.G. Ballard and H.P. Lovecraft had ever collaborated on a space opera, the results might have been like this: ferociously inventive, painfully vivid, dispassionately bleak and dreadfully memorable."

When Jonathan saw the back of the book, he looked up at me. "If that was all I had to go on, I wouldn't read this book."

Yeah, I have to admit, I wouldn't have read it either.

But, as it turns out, I'm a huge Scalzi fan. Other than telling the same story from a different perspective (hello, Zoe's Tale), the man can do no wrong. I mean, seriously, if the man can write a book that opens with death by fart and still sound like Heinlein, I'm going to read anything he writes.

The book is a short book, probably best illustrated by the $4.99 price on the Kindle version, but really it's only 136 pages of large font, so fairly short, easily readable in under an hour and a half. Given that even books have gone the way of everything American (bigger is better), having a shorter book was a refreshing change. I didn't have to invest hours across severals days to finish the book, which was nice.

The story is a quick read, the characters described and developed well enough, the conflict easily resolved and the twist expected. I enjoyed the rich world hinted at in the story, though: enough to understand what's going on (after a few chapters), but also enough left to the imagination that the reader needs to fill in the history. That filling in part is what I enjoy.

One aspect I though was quite interesting is that the gender of one character in the book is never revealed. There's a picture that indicates the character is a woman, but really, feminine features and long hair do not a woman guarantee. There are no pronouns describing the character, nor any possessives referring to the character. The character, who is the captain's lover, is delightfully what the reader wants the character to be. I liked that aspect, too.

Yeah, so, Scalzi's work is generally science fiction, with a good dose of his humour in it. This one, while also science fiction has some other overtones, somewhat horror-ish, a dash of religion in the plot mechanism, not too much though. It's a darker tale the usual, but that just added to the interesting.

I enjoyed the book, read it quickly, would hand to Andy to read.

BTW, if you want something more specific on the plot, check out the Amazon page or search for the book at your favorite search engine. I prefer just going with books from authors whose previous works I've enjoyed, instead of criticizing the plot before I've even read it (which is why I chose not to include one here). I know I like Scalzi's style of writing, and I trust he won't bore me in the plot, so, I didn't look it up before I bought a copy of the book, I just bought it. If you're local and unsure if you'll like the story, you can borrow my copy.

This is a book, too? 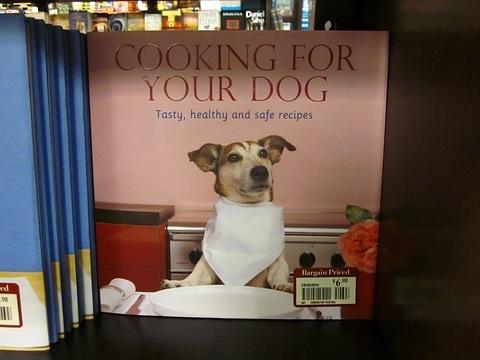 $16 for five pages. Not that you would know this when buying the books before class starts.

I'd be so annoyed at the instructor for this, if I hadn't had the syllabus available to check before hand.

Time to see if the library has a copy.

Or if the rest of the book is worth reading.

The Game of Sunken Places

I'm a big fan of young adult books. The world is still (mostly) innocent. The good guys (nearly) always win. Closure happens in less than 200 pages. The commitment level is low, usually only one or two hours at most (though, some of the Harry Potter books are tomes, and other Dark Materials move slowly).

A young adult (juvi fiction?) book on my shelf for a long while now has been The Game of Sunken Places, by M.T. Anderson. In a moment of desperate need of light reading, I picked it from the middle of the to-read stack and started reading.

The story is about two unlikely friends: one clueless, athletic, and outgoing, the other intelligent, thoughtful, quiet. The two are invited out to a distant uncle's house, where they encounter strange people, unusual beings, a mystery that needs solving and a game that needs playing.

Setting the scene proves difficult, as the first few chapters are slow and a bit tedious, containing slight misdirections which are explained later in the book.

By the middle of the book, however, the boys are in full-game mode, and the action is non-stop. Most of the seemingly random events are tied into the mystery of the house and the uncle, though some are, admittedly, absurd in presentation.

The ending implies this book is of a series of books from the same author. While I believe this book was mildly entertaining, I wasn't pulled into the world strongly enough to seek other books in the series (and thus, can't confirm the book as part of a series).

Blink had a large number of notes and references in the back of it. The ones I found of interest are:

and those to read