Christmas gift from Jonathan! An opportunity to be as dorkalicious as we want to be! Cracking me up! 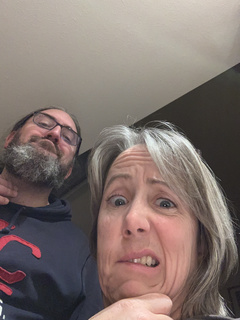 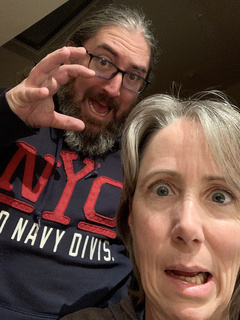 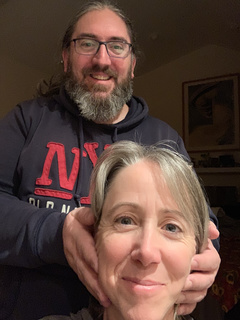 Cracking me up! Now who's the dork? 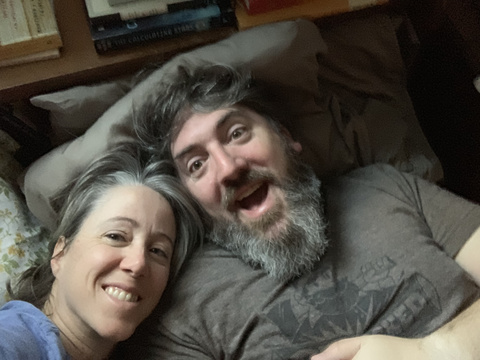 What's the overunder on how long I carry this phone? How about on the over under until I retire the 6?

Eric had warned me a decade ago that parenting isn't what you think it is, and life will throw you those parenting lessons over and over again. This week has been a tough week, and I managed yet another one of those lessons, mainly that you often don't have the right answer, even when you should.

A few days ago, I found three dollar bills on the beach. I was amused by this, and handed them in some ratio to the boys. I didn't think much about them until today.

As we were walking out of lunch, L commented he wanted his dollar bill back. Hayden said no, he found it. I asked for the details.

L had been in the restroom. He dropped his dollar. He had lost it.

H went into the restroom after L. He found the dollar bill that L lost. Picked it up. Kept it.

L realized H found his dollar when H bragged about finding a dollar, as only after said bragging had L realized he had lost his dollar.

Us, at the Huntington

This is one of my most favorite pictures of Jonathan and me.

Look how giggly happy he is! 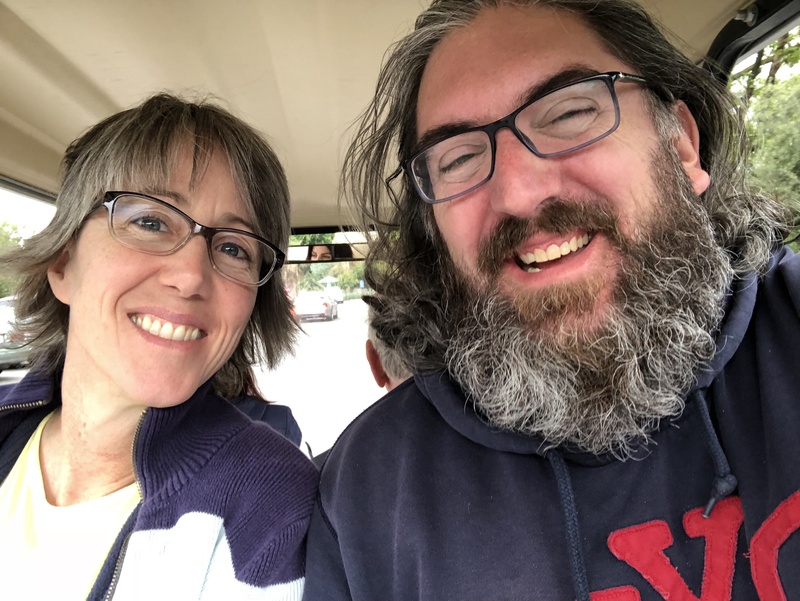 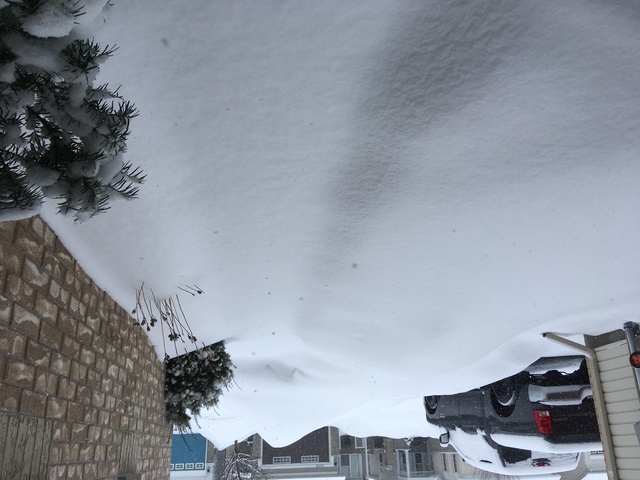 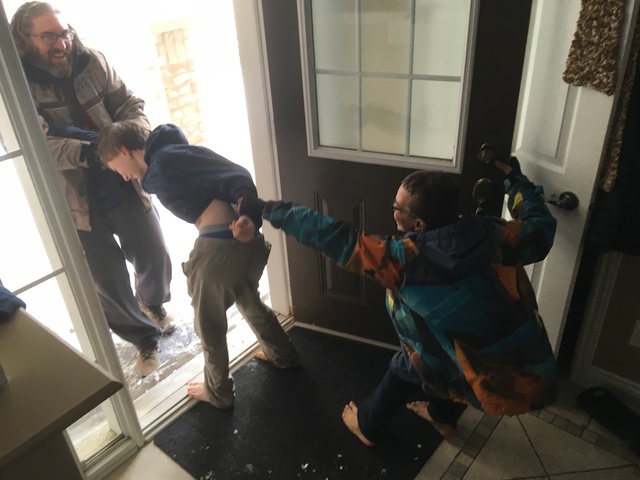 So much giggling to be had!

And it is a good look. 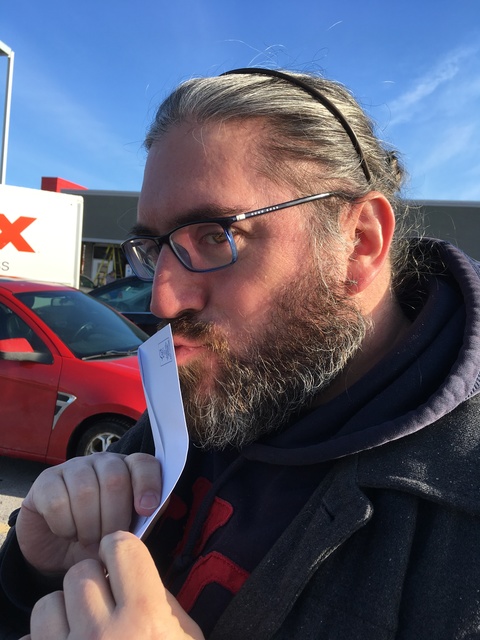 There are times when I see myself as Jonathan sees me, and I think that maybe, just maybe, I'm doing okay after all.

This was one of those moments. 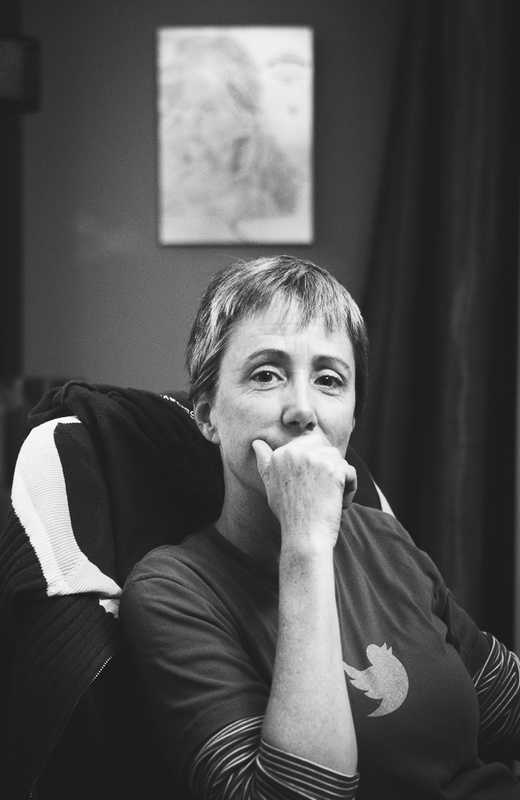 Two Classmates Walk Into a Bar

Okay, so, tell me, what are the chances that two classmates from Phoenix, Arizona, both end up living in the capital of another country? Let's be real, not very high.

Yet, here we are.

Jonathan and I went all the way to the west end to meet up with Brad and Lily, the former I hadn't seen in decades, the latter I had never met. Except there's a non-zero chance I had actually crossed paths with Lily, as she loves ultimate as much as I do. We might have played against each other at some game in the OCUA leagues, just please let her never have played for that terrible team that insisted I remove my jersey when I stood on the far sideline, because it "distracted their teammates." (Editor: no, she did not, she played at my level, not at the chump level of that team.)

Meeting up was more than a little bit awkward before we settled into reminiscing mode, and then lunch was just so lovely. I am delighted to meet up with these two, hear their history, learn about their kids, and just catch up. I am so hopeful we can hang out frequently soon. 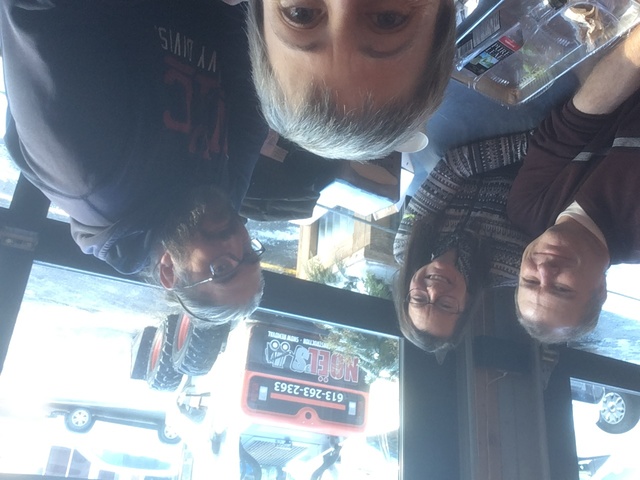 Carol came over for dinner today. To my delight, she was okay with my making soufflés! Just not chocolate soufflés (insert a grumpy emoji here, an emoji that my site doesn't support, hence even more grumpy emojis). I am unsure how I can be friends with someone who doesn't like chocolate, but woe I guess I can endure /woe. And kidding, Carol is lovely. But no chocolate.

So, I made green tea soufflés. 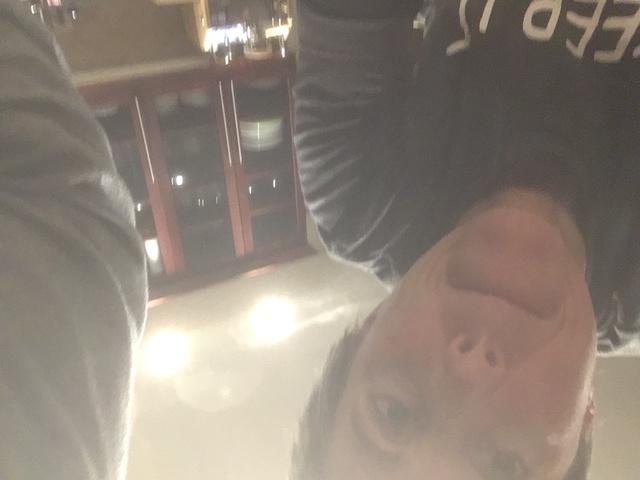 They turned out really well, actually. Not only were they lovely, they also tasted delicious. 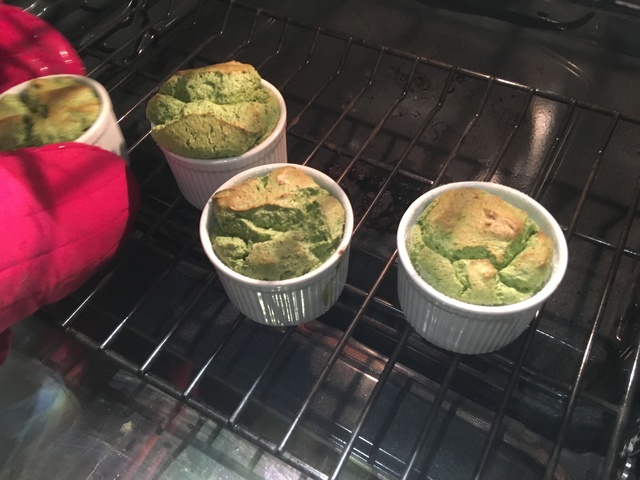 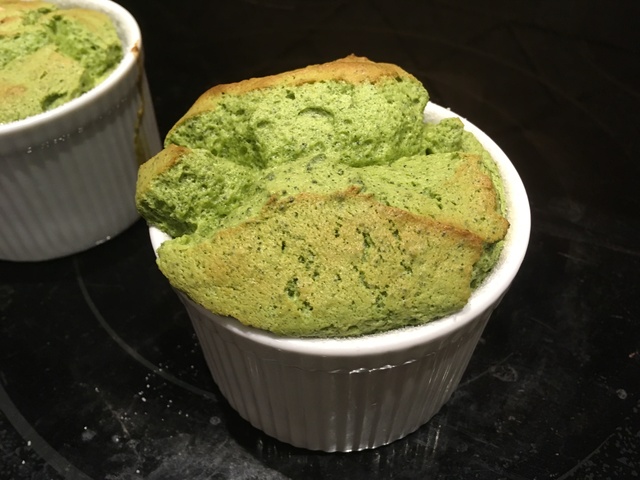 This Kid is So F'ing Canadian 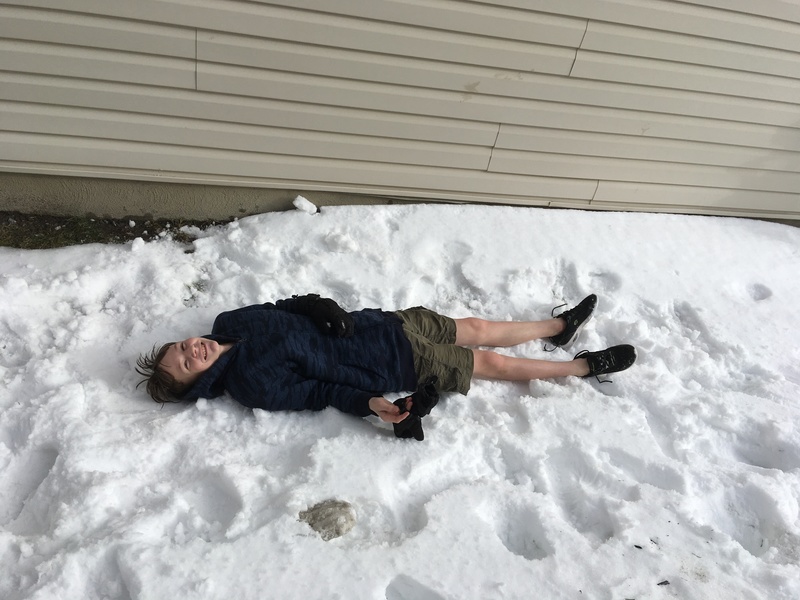 The part that surprises me every time is that when I say something absurd, he verifies it.

No, turning the seat heater to 6 won't melt your butt, but he gave it a go to find out.

And no, you won't freeze your balls off if you lie down in the snow, but darn it, he's going to confirm that statement first.

But not before I managed to convince Jonathan to find the center with me. 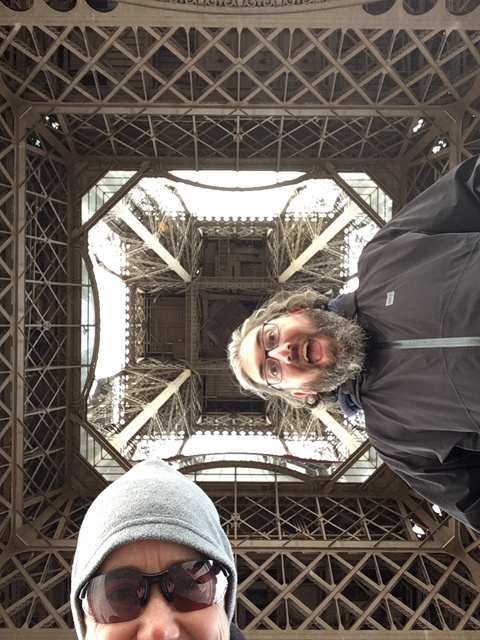 God, I love this man.