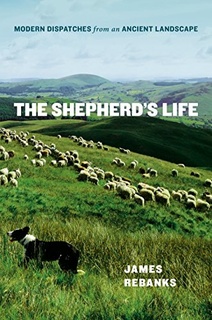 From The Shepherd's Life (worth reading!).

People here governed themselves, free of the aristocratic elites that dominated people’s lives elsewhere, and in Wordsworth’s eyes this provided a model for a good society. Wordsworth thought we mattered as a counterpoint to the commercial, urban, and increasingly industrial England emerging elsewhere.
Page 9

We are all influenced, directly or indirectly, whether we are aware of it or not, by ideas and attitudes to the environment from cultural sources.
Page 10

I can see our fields and a hundred jobs that I should be doing instead of idling up the fell.
Page 17

My grandfather was, quite simply, one of the great forgotten silent majority of people who live, work, love, and die without leaving much written trace that they were ever here. He was, and we his descendants remain, essentially nobodies as far as anyone else is concerned. But that’s the point.
Page 19

The real history of our landscape should be the history of the nobodies.
Page 19

Nothing makes sense without reference to what went before and what comes afterwards. It is literally a chicken-and-egg thing (or sheep-and-lamb thing, if you prefer).
Page 30

Some of the smartest people I have ever known are semi-illiterate.
Page 34

He found “leisure” a strange, modern, and troubling concept—the idea that anyone would climb a fell for its own sake was considered little more than lunacy.
Page 54

Adjust. Adapt. Change. Do whatever you needed to—because you stood on your own two feet, there was no one to pick you up if you fell down.
Page 58

He knew what cities had to offer, but also had a sense that they would leave you uprooted, anonymous, and pushed about by the world you lived in, rather than having some freedom and control.
Page 61

His main lesson was above all to get along with people; don’t burn your bridges or they will stay down for a long time.
Page 79

In my grandfather’s world, a person’s life was not a thing of his own invention, a new thing on a blank slate. We are bound by our landscape. Shaped by it. Defined by it.
Page 80

The gist of it was that there couldn’t possibly be so little else of value to do on the farm that I could justify reading a book in daylight hours. Books were considered a sign of idleness at best and dangerous at worst.
Page 84

It also made me think that modern life is rubbish for so many people. How few choices it gives them. How it lays out in front of them a future that bores most of them so much they can’t wait to get smashed out of their heads each weekend. How little most people are believed in, and how much it asks of so many people for so little in return.
Page 103

I suppose that’s what growing up is, realizing how little you know and how many things you’ve been wrong about.
Page 115

One person’s freedom is another man’s misery.
Page 132

I was discovering something about the wider world—that you could shape your own fate to a much greater degree than I’d ever experienced.
Page 144

As ever with a farming life, the little triumphs matter because of the countless failures.
Page 166

Our casualties are not often pretty, because life and death often isn’t.
Page 189

If you’ve ever seen ewes lying dead behind walls after the snow has cleared, or seen lambs lying dead where they were born, you will never love snow so innocently again. Still, as much as I fear and loathe its worst effects, it does make the valley beautiful. White. Silent. Cruel.
Page 190

There is no opt out. Something might die because you couldn’t be bothered.
Page 207

First rule of shepherding: it’s not about you, it’s about the sheep and the land. Second rule: you can’t win sometimes. Third rule: shut up, and go and do the work.
Page 208

Short sullen dark days in winter when you are just holding on, days when you can hardly stand up and you can’t help but be aware that man is but a feeble thing in a hostile universe that doesn’t care.
Page 211

Farming is more than the effect on the landscape: it sustains the local food industry, supports tourism, and gives people an income in places that might otherwise be abandoned.
Page 218

But a man’s life comes full circle; you can learn, and do better than your past.
Page 223

In Sweden they call it Jantelagen (the unwritten rule that forbids anyone to feel or act superior to his or her neighbour).
Page 264

Their sense of belonging is so strong that some have been known to go straight back to where they were heafed with their mothers, an irresistible urge within them to head home to their “stint,” even if some haven’t been to the mountain for three or four years.
Page 283

I escape the nonsense that tries to consume me down below. My life has a purpose, an earthy, sensible meaning.
Page 285

He lamented the changes in the Northamptonshire landscape he loved because of enclosure. He saw the disconnection that was being created between people like him and the land, something that has only gotten worse with each passing year since then.
Page 286

Even when I sometimes didn’t agree with you, I was learning.
Page 291